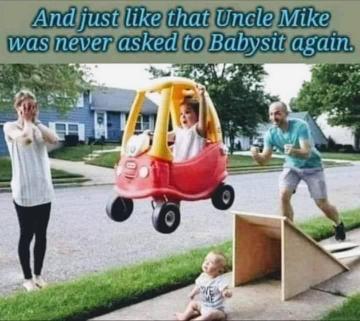 Again we are waiting on  conformation from Flinders regarding the arrangements for next week. What I know (perhaps) is that she will be admitted sometime on Friday for an operation  (procedure) on Saturday, recovery and tests Sunday and discharged Monday. It is not an “operation” as such but it does require anesthetic. Anyway, that’s what we were told, but that could change and until we get the letter we wont know. It makes it difficult for me to try and book accommodation. Still, not to worry I do have a tent, sleeping bag and stuff  :o)  It’s been a strange week and despite not reaching the  predicted 43c it has remained in the high 20s  but still fairly warm. According to our long range weather forecast this will be a warm but wet summer – lots of rain and perhaps some local  flooding. Some of that forecast rain will start this weekend.

Saturday and still no word from Flinders – and it is raining. Not that the two are connected but I just thought I would mention that the for

ecast rain is here. No walk this morning. If it clear up I’ll take Benji for a walk round the wetlands later in the day. I meant to say in the last post that I am very sorry

about missing Thanksgiving. Of course I don’t celebrate but I generally make a post and this year I didn’t. I was  in Adelaide and otherwise occupied. Apart from which I didn’t have my computer and my laptop (Apple) does not have this program. (WordPress)

Annabell is well – she gets tired easily but otherwise not too bad.  I let her sleep and if I do go outside I generally take the mobile(cell) and the cordless with me – one phone for each ear  :o) I have never been involved with cancer so I was unaware of the Cancer Council or the fact that they operate two lodges, the Flinders Lodge and the Eastwood Lodge. Both of these offer accommodation for cancer patients and their carers (if necessary) if and when they have to come to Adelaide for treatment.. I have only just found this out and had I known I could have made use of the

facilities when we last were down. There is also a volunteer transport service from the lodges to the treatment centers. Now that I do know this I will telephone them tomorrow and see about accommodation although I can’t book it because I still do not know the dates. The hospital telephoned today and although Annabell was on the phone for the best part of an hour, we are still no further forward. We now know that her “operation ” will take place around 8am on Monday 14th December and all being well she will be released late afternoon on the 15th. However, there  is still the need to meet with the anesthetist on Friday. However, that could be done by telephone that’s up to him to decide and we wont get told that until Thursday. If it is by telephone, I can delay the drive to Adelaide until Sunday, which would be a great help. We have also been told that what they are going to do works for most people, but not all. We will work on the assumption that it will work but the major surgery is still possible in a year or so. Exterlunt!! The Anesthetist telephoned and we did the consultation by telephone. That being so, we will get the blood tests done here in the morning and I wont have to leave for Adelaide until Sunday morning for admittance to the hospital at 7am Monday morning. We have been told that Annabell is the first on the list Monday morning – so that’s  good.  Still  no church but we believe most of the restrictions will be lifted on Monday so we should be back the following Sunday – 20th December.  We will see what the Premier proposes next Monday.