For those who have been watching, I finally managed to get a couple of hours sleep in the recliner, some of that sleep with a dog on my chest. By the time Annabell woke me it was almost 10am so I had about three hours sleep. Still, as they say in Australia – Better than a poke in the eye with a blunt stick. After the trauma of the night ( or should that be terror of the night) looked outside and saw a clear blue sky – barely a cloud and what was there was white and fluffy. Took Annabell shopping and paid the car  registration. We were going to start to lay food for Christmas Dinner but it is being held at the Son’s place. Annabell will bring salads, a Pavlova and a coleslaw- and yes it will be about 40c.  Just about finished all the presents and my oldest

son thinks I’ve lost the plot. I’m so sorry, but I thought everyone has Christmas Presents under the tree from Santa to the dog. Annabell is already using her Christmas Gift. She wanted a new  computer chair so we went out and I bought her a new  chair. That’s what she picked, so that’s what she got – not that exact chair, of course, but pretty close – no point in just me picking it, I wont be using it.

The way things are at the moment gives the impression that we ( as a town) have turned the corner and that prosperity has arrived with the new Arrium owner. Part of the reason for this is that the shopping centre is festive, bright and cheerful and fulfilling its role as the largest shopping centre outside of Adelaide. However although we accept things as they are today, it is somewhat deceptive in that the empty shops are not new business that has taken up residence in town, but rather  what is called “pop-up shops” These are shops that open up, filling the empty places for a limited period. After Christmas and New Year are over they will close and leave and we will go back to being the largest shopping centre outside of Adelaide with 30% of the shops empty. The organization that owns the  shopping centre ( one of several) is PPI Management Funds based in Adelaide. I wonder how much is actually being done to attract business to the area. One of the places that features on their website as part of this  centre, is the large Radio Rentals showrooms. This was closed down and has been empty for the best part of three years and Dick Smith Electronics, went bankrupt and closed down about five years ago. Spotlight, another large area, is also closed and the original Cheap as Chips Variety Store, moved to another area several years ago and their old shop  (also a large area) is closed down and empty.  However having said that I do believe that we are about to turn the corner and  and engineer I know tells me that if only half of what GFG Alliance has said it will do is actually done, there will still be enough work for at least 10 – 12 years. Mr. Gupta, the new owner,  said in an interview recently that he has allocated over $1 Billion to develop and upgrade the mill and the surrounding region. We are still having shops close down and we hope the

exodus will reverse soon and people will start to return. However, three new shops have opened in the last month, with corresponding extra employment,  so it’s not all doom and gloom, but the problem is that the areas that are empty are big and very visible.

For the last few weeks I had been telling Benji that he had to behave because if he didn’t behave,  the WaWa would come and chastise him again. Well, he didn’t behave well enough for Santa – even although Santa left him new toys –  so today, the WaWa came – and not just any old WaWa but THE WaWa, Kongsoon herself – with her Staff, namely Sooah and her husband.  What a wonderful surprise that was to have them both here for a while. Most unexpected. Benji went straight to the room got one of his toys and sqeeked at her :o) then took off like a scalded cat – very much discretion  being the better part of valour. Soon as he came in, she went for him, so I put him in the room untill they left. It was the safest thing to do.

It is now 2:15 on Tuesday morning and we are right in the center of a major thunderstorm. Benji is not happy with the thunder and lightening overhead, so I’m sitting beside him and talking to him a lot. He has never been bothered before but then it’s never been overhead and as loud as this before – and the crashing rain is not really helping.  Goodness, it’s loud..  Sleep – who needs it ??? 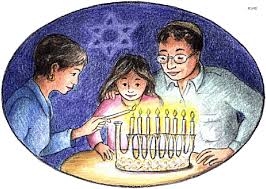 I have often said that some years ago my house was the last house in town – after me was empty bushland. Since the resources and mining boom new houses were built – so I am not the last house any more. Apart from two new private

housing estates,  land has been bought and houses have sprung up making the end of the town just under a kilometer away. As one gets away from the main area – about 20 houses, the ground is still largely empty and we still get Kangaroos wandering around as I have shown by the photographs. The photograph to the right you will have to enlarge to see it but it gives you an idea of how they blend into the grassland. This photograph was taken last week, which was the last day I had Benji out walking. There are a number of reasons for this –  heavy torrential rains and thunderstorms and for the first time in many years my Hay Fever exploded and I have been out of action. I have not been like this for years. Even when I had the flu  I didn’t feel as bad as this. Anyway, it’s starting to clear up

and I think it was a case of ‘Remember Me?. I  should be fine by the weekend – which is the weekend of the Church Christmas Lunch.

Jim and Fay are going over to Western Australia – Margaret River region – in mid January and we have been asked to look after Yogi for three weeks. This is good because Benji and Yogi get along well and taking both of them out walking is not a problem.   I would like to see Dougal back again for a little while but, in the meantime,  I think it’s time Yogi was introduced to the Lighthouse and then the Beach. I don’t believe Jim has ever taken him to the beach. I think it will be a good three weeks and I am looking forward to the three of us getting out and about. Although, this goes into February and I will be away for two days in February at Para Hills (Adelaide) Still, look on the bright side – it could have been Mount Gambier – four days  :o)

their  end of year Christmas Lunch. These last two days will be fairly busy for them because over the 12 months they have raised over $4000. On the Wednesday break-up the recipients of the donations will be invited to send a representative to share lunch with them and be presented with a cheque. I had that honour last year as Secretary of the  local Support Group of the Royal Flying Doctor Service and was presented with a Cheque for $1000.

Here we are and still have no idea what’s happening at Christmas. For the last few years Christmas  Dinner has been at Andrew & Trish’s place, but we don’t know if that is happening this

year. Annabell is getting in touch with them today to get a decision : this impacts on her shopping because Christmas Dinner could be here and we need to get ready for that.