The boys came home late on Sunday night. By 11:00pm I was getting concerned that I had not heard from them. I did not want to telephone because if they  were home, John James would be in bed because he has an early rise in the morning and if I telephoned Andrew I could waken him, but more importantly I could waken Connor. I hummed and hawed for a bit but in the end my anxiety got the better of me and I grabbed the keys of the car. Annabell insisted that I take the dog with me, so I did. I drove into town  drove by John’s place and saw that his  vehicle was

parked in the driveway. I then drove by Andrew’s place and saw that the wrecked car was in the parking area and the new car parked in the drive. I drove a little further on, turned down a side street and drove home. I arrived home quite satisfied that all was well and the boys were safe. I accept the fact that some people might think I was being quite silly, but I just could not settle until I knew everyone was home. After that I went to bed and slept quite soundly.  When I was growing up a favourite saying of mothers was “If you don’t behave I’ll smack you into next year” Sadly my mother has passed long ago otherwise I’d go and see her and ask if that offer is still open.

Tuesday morning Andrew came over after he dropped Connor off at Child Care and we went for a drive in the new car. We drove the long way out of my area into the country and then through town to the foreshore. He parked the car, got out and said “Your turn now”.”Now I am very happy with my Ford. It’s ten years old and not a smart car by any means. This car was a two years old smart  car with all the latest technology – push button start. I was somewhat apprehensive, but I drove it back home whilst Andrew pointed out some of the features and the heads-up display on the windscreen – current speed and the speed limit of the area. the outside temperature and a press button cruise control as we went back the long way to my place.  All very impressive but I think it would take me a fair bit of time to get to know it all..

Wednesday was a bitterly cold morning and the coach for much of the journey to Adelaide was like an ice-box. I walked from the coach station to Rundle Mall and for some reason the place was something of a disappointment. I found  the buildings old, run down and somewhat dilapidated. I suspect my overall mood didn’t really help much.  Many of the  shops were still closed and in a number of cases people were kept standing outside  shops as the traders imposed social distance limits on the number of people allowed inside at any one time. Not that there were many people around anyway. This was especially true at the Apple Store where  Apple had erected barriers outside their store. I stopped to watch as the techs, wearing masks and gloves came out,  as one person left,  to escort another person inside – past the security guards at the main door. By this time I was needing a coffee fix but most coffee places sold coffee but no place to sit and drink it. If you had a coffee it was in a paper cup and you had to take it outside to drink  — standing up of course. The food courts at Myers were no better – food shops open but tables and chairs removed. In all, it was all very depressing and to make matters worse,  the camera shops I wanted were closed –  except Harvey Norman, and they didn’t have much. Also several buildings are no longer in use are are simply closed up and abandoned – the Central Post Office being simply one example.  It was not only the main P.O. for Adelaide, the upstairs  area housed the Telecommunications Museum.

After I arrived home, I didn’t think I was ever going to get to bed as Benji went gaga. You would have thought I had been away for a month rather than just a day – mind you it has been a while since I was away from him.  Still, it was good to be back home again after what was really a disappointing trip that only really succeeded in getting me out of town for sixteen hours, ten of which were spent travelling. On  Friday morning we did not go out for our morning walk. We were up and ready but we didn’t go out. Perhaps the photograph to your left might give you an idea  :o) However, by early afternoon it had all cleared and we took a stroll down to the beach and then drove out to the Lighthouse for a bit.

The new updated SA Gov. forms for Stage 3  have just gone on line and I have completed the figures for the church and according to  the new easing of restrictions, we can open the church. I will have to get this information out and see where we go from here.. The new easing of restrictions start on Monday 29th so that gives us time to get organised for next week. All being well we should be back next Sunday..

Much of the restrictions have been removed in South Australia and we are now allowed to travel – only within the state, but it’s a big state. Up here there’s not a lot, at least not for people like me – dog owners. We are surrounded by either Conservation Parks, National Parks and the Army Play-Pen. Of course, you can travel to the National Parks (with a permit) and the Conservation Parks, unless you happen to have a dog – then it’s a different story. Even under control and with a responsible owner, dogs are just not allowed.  One of the reason put forward is that even under control a dog will pee and that creates a smell which a  native animal would pick up, be afraid and run away – abandoning its home and leaving its babies to die of starvation. I always thought mothers would fight to protect their young, but apparently not in our National Parks. Here they just smell strange smells and run away. In the past certain species were almost wiped out because of unrestricted  hunting and yes, because of vandalism. National Parks were created to preserve a natural beauty as well as the flora and fauna within the area – I understand all that. However, there surely has to be a balance and if that means employing a few more Park Rangers, then that’s the price we have to pay. I think there are several small National Parks in and around Adelaide where dogs are allowed, but not up here. In this area alone there are 15 National /Conservation Parks and if you go further north you run into the Simpson Desert and there are four

National/ Conservation Parks covering some 54,338 square kilometers of that.

Anyway,  in regard to the restrictions, we and the Lutherans are in much the same pickle. With the dimensions of our church and Social Distancing we can only have 15 people – that’s all the government will  allow within the church given the dimensions.  The Lutheran Church  has much the same problem so it would appear it will be mid July before the restrictions and lifted completely and we can open the church to normal services again. Tonight South Australia will open the borders to the Northern Territory, Queensland and Tasmania / Victoria, New South Wales and Queensland remain closed, at least for the time being. The RFDS are still flying – they never stop, but they are seeking donations because the  money that we. the “Ground Crew”  raise throughout Australia has dried up. We are stood down and there is next to no fundraising. Yes the big mining and corporate sponsors are still contributing but as long as the Social Distancing rules continue,  there’s nothing we can do. The Photography Club starts back next week but then we have a place large enough to cope – there are only 14 of us. Sadly I will not be attending the first meeting back since I will be in Adelaide. I was supposed to go last week but I cancelled it because I  was a tad concerned about Annabell. As it happened she was ok, but I  decided to  make the date for the 24th. Of course that was before I knew we were going to start back with the Photography Club that day. I am going down by coach and I have to book well in advance since the coach is only allowed to  seat 20 passengers. Not my favourite mode of travel but at least I can be assured of a double seat to myself.

For almost 11 Years my son Andrew has been travelling to and from Olympic Dam in the far north of South Australia. It can be a dangerous road out in the middle of nowhere. Up until today he has remained safe, but this morning (Thursday) travelling home he ran into a mob of Kangaroos and ran into one, smashing the offside of his car, taking out the light, the electrical system and the side panel.  All the damage was on the side so he was able to nurse the car home, but it is not in a condition to be driven. Andrew and his partner are separated so he only gets to have Connor when he is home and is able to collect him from Childcare. He needs to see Connor, so to that end, he has my car. Both he, John and Connor are heading to Adelaide on Sunday morning. Andrew has an appointment at hospital, which should take about 40 minutes, then on the freeway to Murray Bridge and possibly pick up a new car. I should have my can back this evening (Saturday). 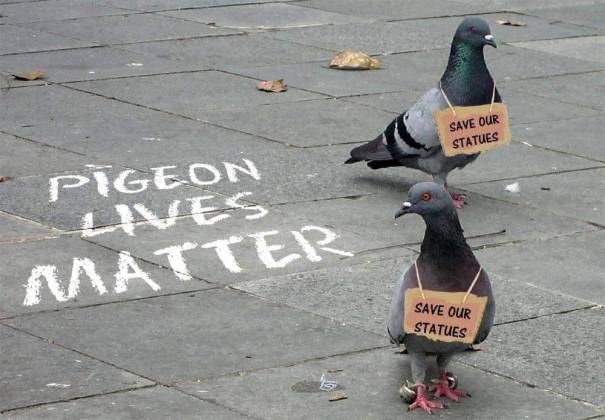