Last week of winter. Next week is the official beginning of Spring. Ok, so the split system  A/C was installed at the very end of winter but it will be ok and well run in by the time we start to experience some hot weather – always provided we get some. It would be nice to think that after this wet weather we will get some heat and warmth, then I can have the fun of complaining that it’s too hot.   I have to say that I have not had to say that for a while. Years ago the average temperature was around 42c in mid-summer and climbing up to a hottish 45c, but we have not had weather like that for a while now. We have bursts but not the long hot heat-waves that we used to have when the temperature went above 37c  and forgot to come back down. Global warming – cooler temperatures –  cold with lots of rain -doesn’t make a lot of sense to me.

I head off to Adelaide in the morning for a funeral. Adelaide is some 475 Klms from here so it’s about 800 klm 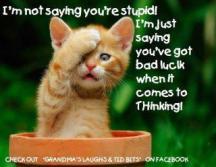 round trip for a funeral – but that’s South Australia. However it is not a wasted trip and in the morning I pick up two little Maltese girls and take them to their new homes in Adelaide. I do this for the South Australia Dog Rescue. I think of the poor dogs that are dumped, like these two little girls were and I feel  very sad because it’s quite common in this place. It’s a sad thing when people just dump their dogs at the nearest Vet. Most of them end up in the pound and the not to lucky ones have to be put  to sleep. Sometimes dogs are picked up off the street and although  the pounds advertises for the owners – mostly they never come forward because they just wont pay the $50 fine to get the animal back. They are kept for about ten days then put to sleep, unless the Dog Rescue steps in and takes them out, but for that we need more foster carers and we don’t have them. If we had a) more responsible owners or b) more carers (whilst the SADR finds new homes) we would be a lot better able to cope with the problems.

I have also spent a good part of the week organising a group to participate in a fundraising event for the Local Royal Flying Doctors Support Group.  Only to find that the event is not now going to take place. Nice to know these things.  Oh well – these things happen I suppose.