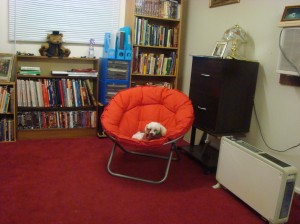 For the last two years I have been writing a blog of sorts on  My Space. However, although I didn’t have any followers or readers – not so, I had one – I continued to write and post. Like a famous author (Robert Benchley) I discovered that I really had no talent for writing but after two years I was enjoying it to much to stop. I am semi retired and do not really have a lot to talk about. I have two dogs that I love dearly and I have a garden that I am in the process of rebuilding. Our house is right on the western edge of the (small) city of Whyalla in northern South Australia. It is summer here and our average summer temperature is around 35c with the winter temperature being from 9c – 12c. Because we are not too far from desert our temperatures tend to fluctuate  quite a bit. One day it can be 38c and the following day be around 24c. Makes life interesting. Two things drew me to this house, a) it had a large shed that had been used as a sleep out. This I redecorated, had an electrician rewire it and put in new lights and converted it to an office. Also b) it had a shade-house which was badly in need of repair. This I have now done and have started to put new plants in. I lost three, but I can live with that. I am also building a small(ish) herb garden.