In a recent post I said that I had some Carpal Tunnel problems and seven hours behind the wheel of the car ( after I was geographically misplaced)  was just too much. Anyway, coming out of that Herself, ever the thoughtful person, was in the chemist and saw a pair of pressure gloves made from neoprene. She thought they would be helpful and bought them for me. OnWednesday, off  I set to Adelaide wearing the Neoprene gloves. I think I lasted about  30 klms. before The pain forced me to pull off the road onto the gravel and rip the things off.  I drove a further uncomfortable 170 klms and stopped for a good 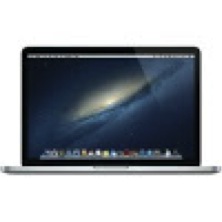 break, which helped. I was a  bit later getting into town but still in time for my appointment  with Apple and after that my meeting with the Moderator. The Apple Shop in Adelaide offers testing, advice and  a range of iPod, iPads and computers, laptops and phones, but no internal parts. For that I would have to go elsewhere – and I did – to an Apple agent in another part of the CBD. I wanted extra memory and was staggered at what they proposed to charge me for a mere 4 gig. I could just about buy a new Windows Computer with 500 gig for the price.  I  “reluctantly” declined. I didn’t even ask about the price of a new battery,.

Had a good night and made an early start in the morning. I had been asked to go out to Kurralta Park again and I said I would even although it meant, not once, but twice, travelling my  favourite road in all the world – The South Road. Still more detours but I didn’t get misplaced this time and I returned by a different route that I had just learned, which was good.  Ok for a direct return but difficult in getting there because of the twists and turns and the crossing traffic lanes, so I can’t give up the South Road just yet.

The journey home was interesting in that there were high winds all the way and at times I was having a “difference of opinion” with the steering wheel regarding directions. The gusts, I learned later, were up to 60kph which accounts for the car being pushed about a bit. Did my hands a power of good!!  I have to make a confession in that I got home and Chienne really made a fuss of me. I think she must have realised I had a bit of a hard time and was all over me.  My Man did lift his head from his bed to sort of

acknowledge that I was back. I understand –  he is getting quite old for a Maltese and I love him dearly — except when he starts barking at 2am for no earthly reason that we can see.  — “Excuse me, Daddy, I’m awake why are you not??”

I was saddened to hear that Schoep, the arthritic dog that his owner took to lake Superior every night because the temperature and buoyancy of the water, eased his pain and allowed him to sleep, passed on 19th July – a few days ago According to John Unger, his owner, Schoep passed peacefully at 20 years of age.

I have no idea if the computer or my settings are at fault but some posts I get some I just don’t. Odd, very..